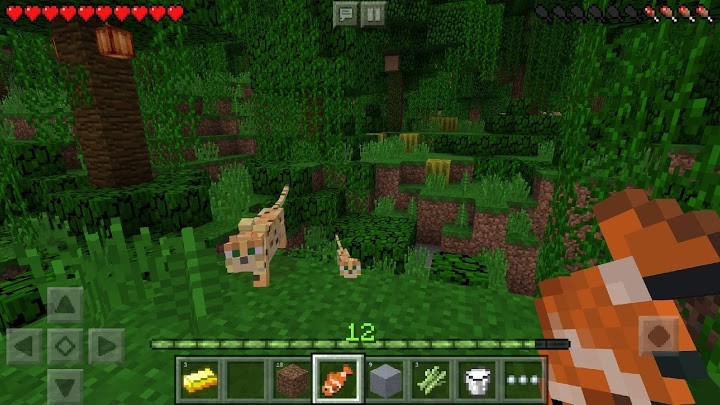 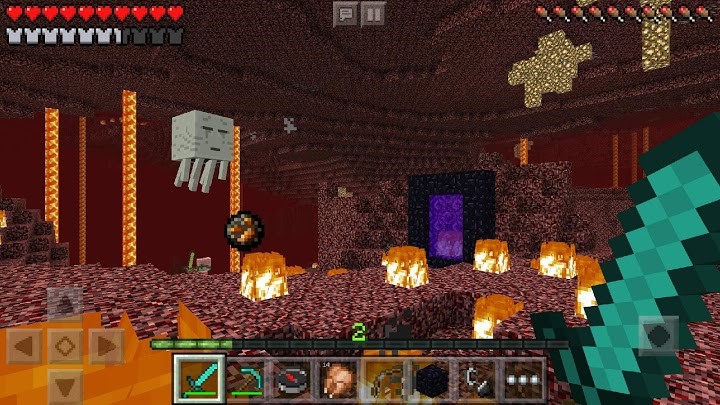 Minecraft is a simulator game in which you will explore a world made of blocks, and you can modify it as you wish.

Unlike some games in the category, the interesting thing about this title is that you are completely free to guide your character's destiny without any missions or goals required.

Also, as the game worlds are completely randomly generated, you can be in a completely different scenario with each game, having to create new strategies. The game has two modes, being the creative one in which all blocks are available and there are no monsters on the loose.

Already the survival invites the player to explore the scenario and find the necessary resources to ensure its existence.

A world of blocks

As a default, you can play as "Steve" - the classic character of the game - or select one of the available skins, with free and paid options. During the match, you must obtain items to create tools and do your mining, as well as find food, grow crops, raise animals and make various buildings. 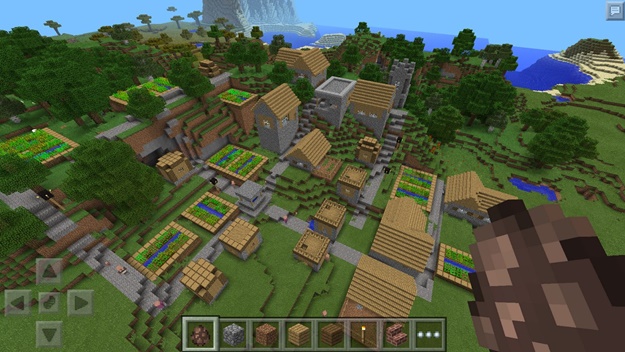 The limit of the game is your imagination and there are a number of diverse environments to explore such as mountains, caves and even islands. The game has a pet capture system and it is now possible to even take them for a fishing in your boat, since this item has two places since the last expansion.

When night comes (or you enter a dark environment) always remember to watch out for monsters - even if they are adorable zombie babies.

Our opinion about Minecraft

Minecraft is a free simulator style game in which you are completely free to explore, build and do whatever you want in a blocky world. The most interesting thing about the title is that you don't have a goal to accomplish in it, and you can conduct the game as you wish.

The fact that the universes of the game are randomly generated contribute to this idea, always allowing to be in a new environment, open to different strategies. In addition, the game has two ways for you to have fun, the creative mode and the survival mode. In the first, you can have fun and make various buildings, with all blocks in the game open.

In it you don't have to worry about monsters either. In the second, the idea is to survive, collecting resources, discovering new places and fighting creatures. Therefore, the player can hardly get tired of Minecraft, because the possibilities are endless.

For a long time the game kept only an "official" skin style, which was the famous "Steve". He recently introduced new models that are available to the player of choice, bringing both free and paid versions. So you can change the doll from time to time, increasing your enjoyment.

Another very interesting point of the game is that it brings a whole living ecosystem around the player, allowing to interact with the scenario in many different ways. It is possible to hunt, to plant, to domesticate animals, to fish, to discover islands, to explore caves, to interact with inhabitants of a native village, among many other tasks.

The gameplay of Minecraft is good because the game uses a system of controls applied by the buttons on the screen. The graph and drawings follow the 8-bit model, and all images are “split into blocks,” as if you were viewing a figure assembled by Legos. Still, the texture of the squares is well done, bringing a realistic and pleasant feel to the compositions.

The background music helps to immerse the player in the game and the other sounds perfectly represent the actions seen on the screen. However, due to the game's spectacular look, it is possible that more modest devices may have some difficulty loading certain parts of the scene, taking a while to display the images or details in them.

+11 Total Rating
Comments have been disabled. We are working on a better rating experience
see more reviews »