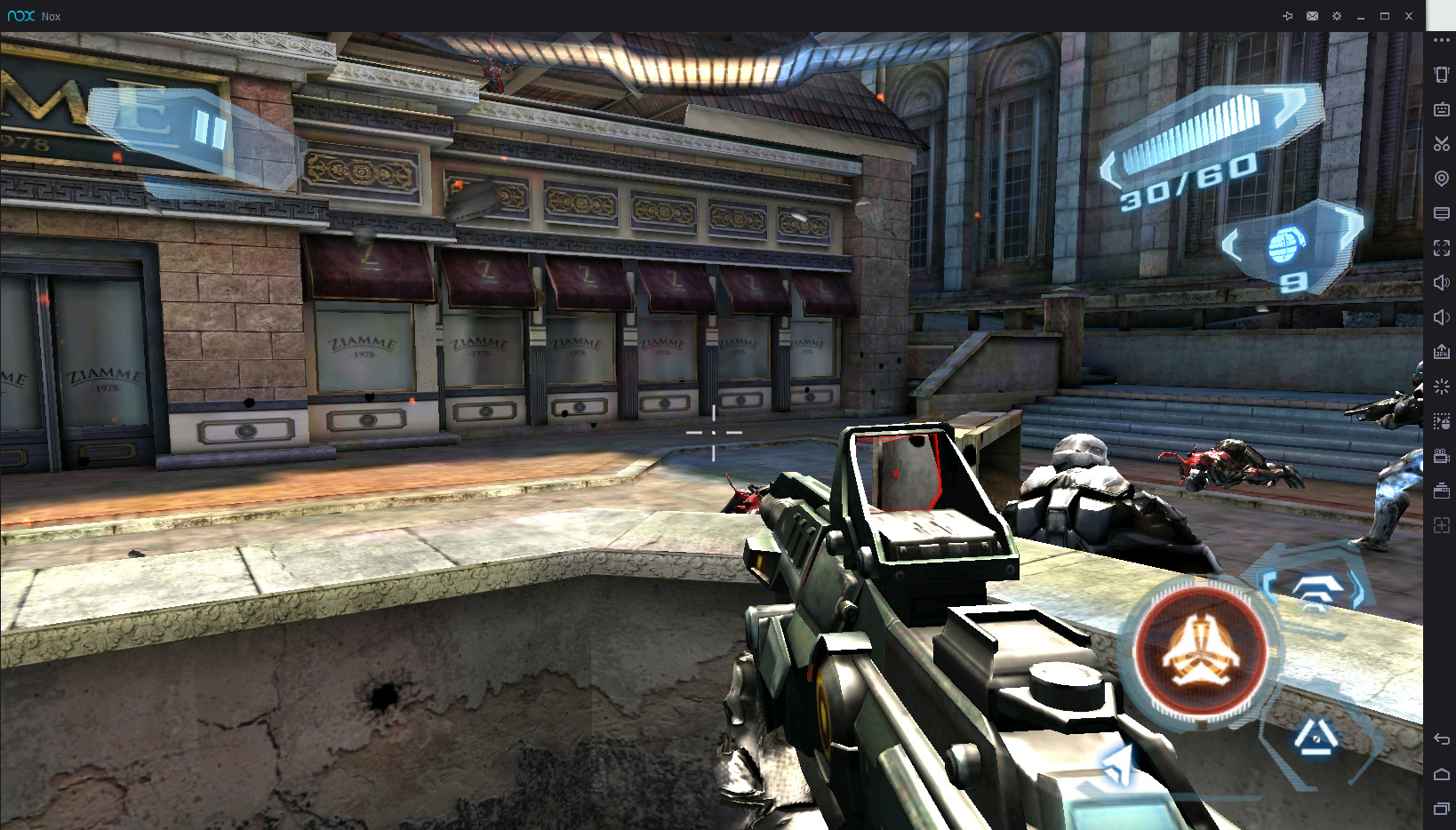 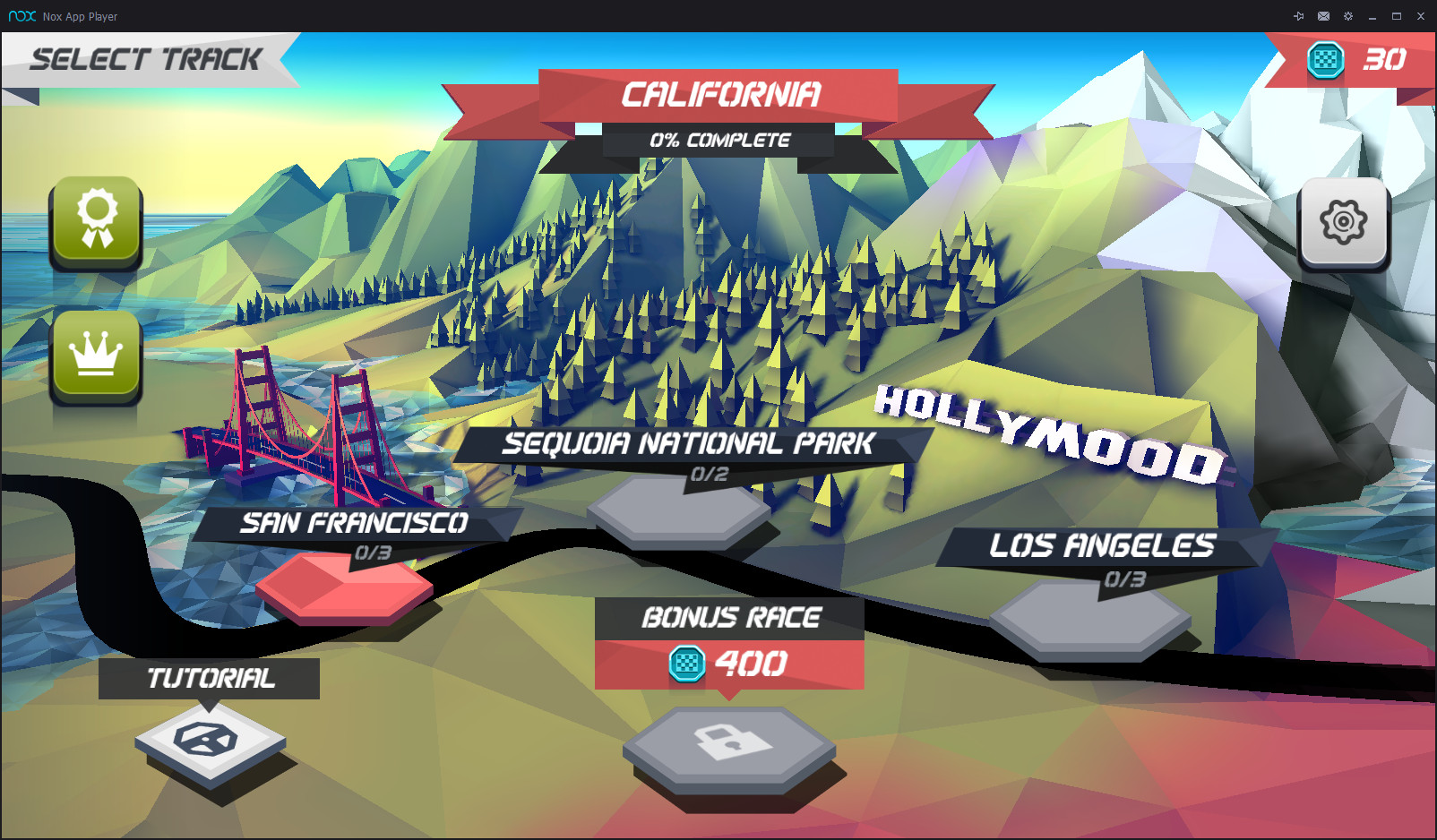 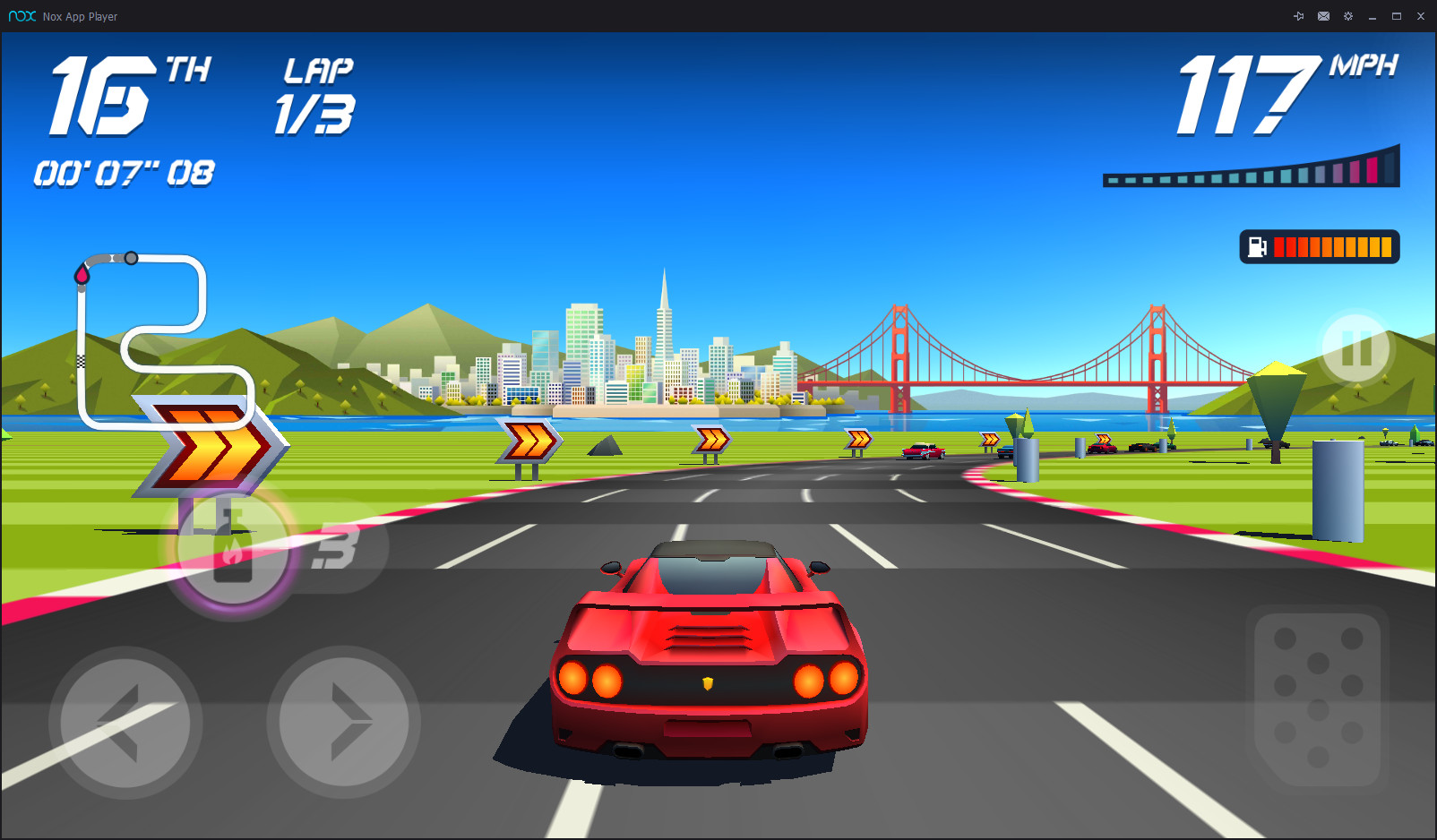 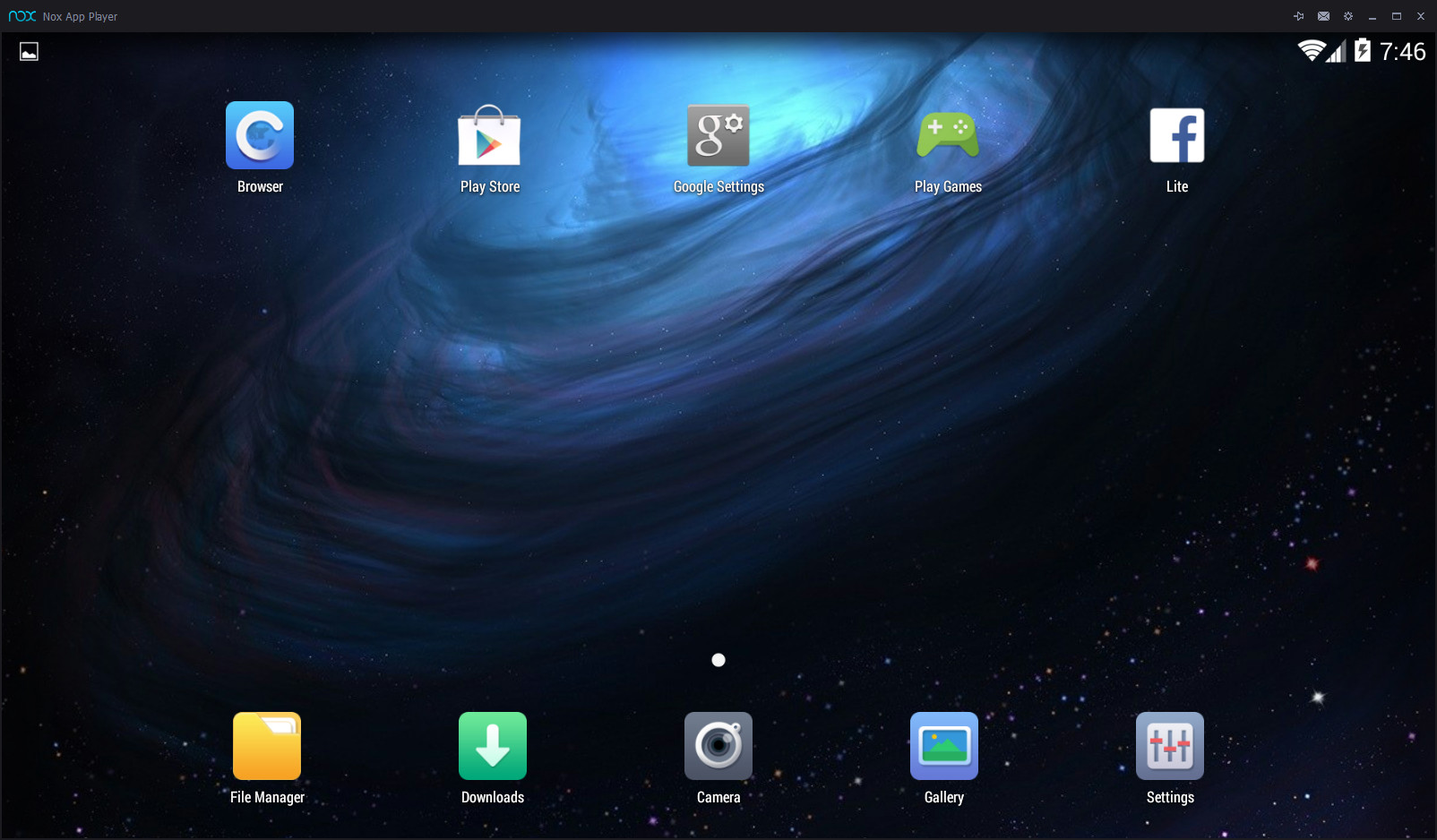 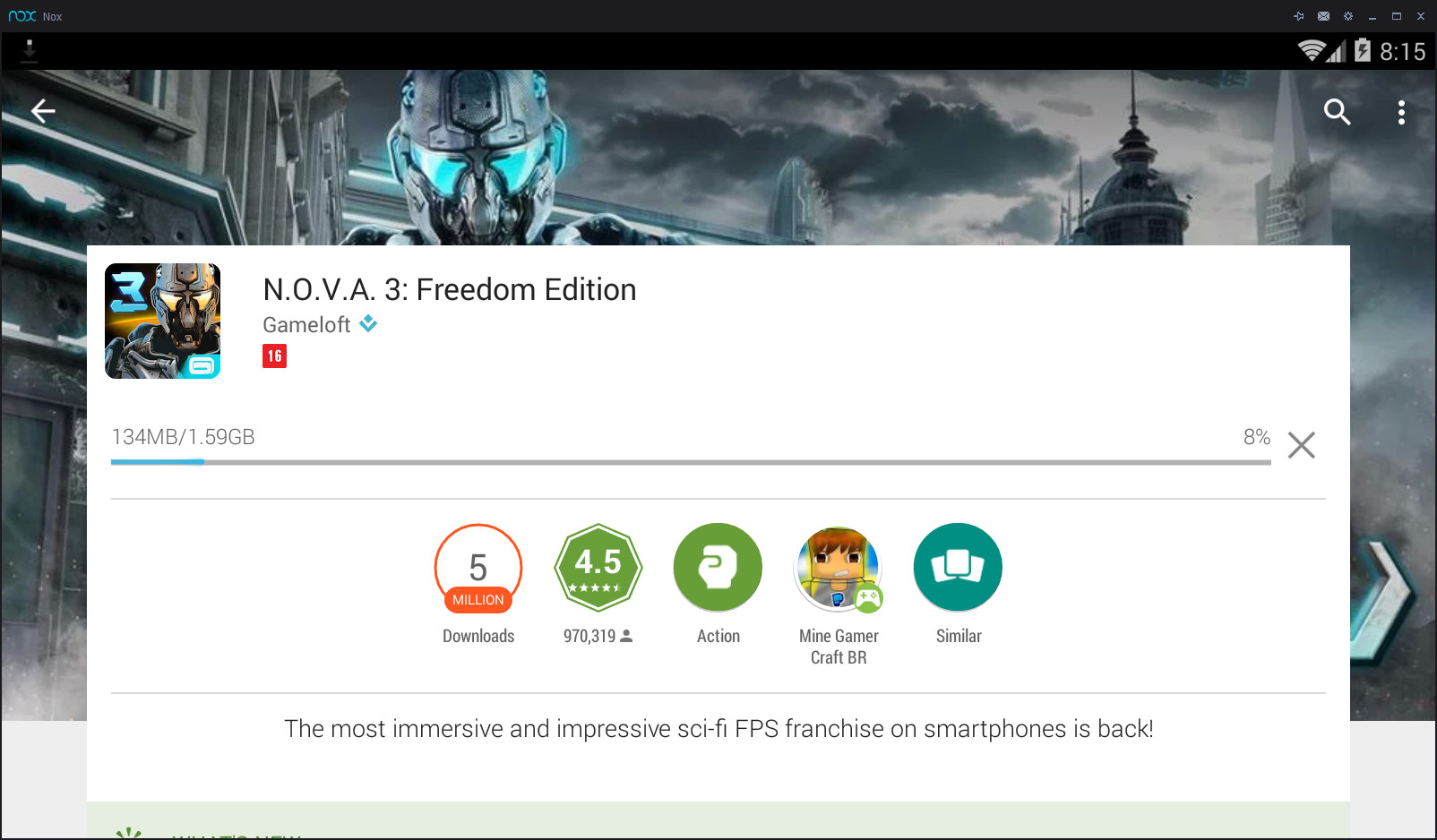 Nox App is a program that “turns” your PC into an Android device. The software lets you enjoy Google's operating system as if you were using any smartphone or tablet.

The app was built on top of Android 4.2.2 and already has the integrated Google Play Store, Facebook app and a basic browser. You can control everything with just the mouse (clicks of the device simulate the touches on the “screen” of the “device”).

In addition to the basic functions of any smartphone or tablet, Nox has a variety of tools for ease of use. In the menu, which is on the right side of the interface, there are several important options for navigation.

One of the features in the program menu is “Simulate Touch”, which maps the device screen to recognize any keyboard button as a touch on a specific display location, as shown in the figure below: 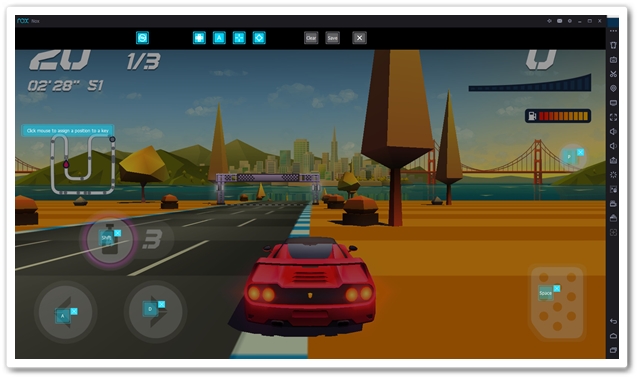 In the example above, the game's “Horizon Chase” interface has been mapped to recognize the keys indicated as touch points on the screen. In this case the following configuration was used:

This is a mapping model, however several can be used depending on the player's preference and the type of game. Once you have decided the best way, simply click "Save" at the top of the screen.

This ringtone simulation doesn't just work for games; Any application can use the tool in the same way.

Nox also lets you record everything that goes on on your video screen, closes apps with just one touch, has geolocation system, accepts joysticks, and runs .APK files quickly by scanning your PC.

Here is the update information:

Our opinion about NoxPlayer

Nox App is not new to Android PC emulators. However, the software has gone through a number of patches and updates to become the great Google operating system simulator it is today, and is one of the best options for anyone who wants to play or use apps on that system without a phone or tablet.

The program acts extremely simply: right after starting it, you can see that it works just like any mobile device, with all the commands and the same style of navigation. Who never wanted to play that game using mouse and keyboard, not fingers? This is one of the best alternatives for this!

The person who has intimacy with smartphones and tablets will not have the slightest difficulty using Nox. The only difference is that the application has its own settings that need to be taken into account but should not cause any problems as they are very well explained. In addition, most features are automatically activated according to the technical specifications of your machine.

Like most Android emulators, Nox App Player is a program that puts a lot of strain on your computer, so be prepared for slowness if you have a computer with low RAM. Still, it is surprising and proves to be one of the most stable options for using Google mobile system apps on your computer.

The latest update brought minor improvements and bug fixes, as well as the option to change the frame setting directly in the settings. If you're testing multiple Android emulators and want a more reliable one, Nox App Player is a really worthwhile alternative!

+7 Total Rating
Comments have been disabled. We are working on a better rating experience